Advertising means getting involved with the consumers, learning about their passions and interests. Such a skillset can go a long way towards gauging their tastes and preferences and in the long run, help out the company in coming up with new ideas on how to build the brand.

Hence, there is incentive for the organizations to reach out to consumers and encourage participation from the consumers to feel connected to the brand. If you’re trying to create consumer loyalty in the end, sometimes it’s perfectly fine for you to make the first move in order to involve them. The process of purchasing a product without feeling any sense of pride or personal association is something that no consumer wants. This is something that brands need to keep in mind.

The idea is to make the consumer feel involved in the brand. Like his/her input matters. Inducing a sense of inclusivity is also key in brand building and if successful, both the consumers and brand will benefit from such a conjunction. As time has gone by , the psychological makeshift has turned from trying to transform “Oh, I purchased” to “Oh, I contributed”.

Brands that offer a consumer interface have an easier time at this. For example, YouTube joined hands with the UN to support female filmmakers to tell their own stories via video content on international women’s day, last year. Despite not needing any sort of exposure, it going out of its’ way to support their cause not by preaching but involving them in its process. It does not feel like pity or sympathy but rather an extension of the company’s promises of quality online content. Only this time, it allows its’ followers to make their own.

Collaboration is the key word here. Brands can create cost-effective, collaborative measures that deepen the loyalism and commitment from users by giving them the sense that they can control their experience with them. Another example of this would be websites that allow a lot of user generated content within them like wikis and blogs. This is a practice that a lot of technology/gaming sites have adapted, which enables them to have a flourishing community within it, even when the site is not active. An example of this would be N4G.com, which is a website whose business model is entirely based on offering its consumers with a platform for discussion and publishing their articles. 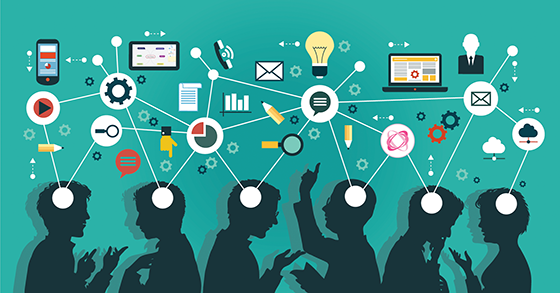 Aside from consumer loyalty spreading like wildfire, it also enable the brand to utilise its resources in an effective and efficient way. In many sectors, the consumers can themselves become the advertisers by spreading word of mouth. Which is why a lot of the mobile apps are designed to create maximum ‘consumer engagement’ above all else. They want to lay their groundwork and let the users carry it forward to success.

The last piece of this puzzle is feedback. A consumer will actively feel attached to the brand if he/she gets a sense of reward and appreciation. Take for example, all the cashbacks users get when they use particular mobile apps to pay their restaurant bills. The fact that they are in the end, saving money is a lot of motivation for users to get more excited and loyal about that said app and will automatically be motivated to extend their association (like the FB page, leave comments etc.)

It’s the 21st century and brands have to think higher and out-of-the-box if they are to create consumer engagement of a more lasting value. With social media and digital being as prominent as they are, the means of interacting with the consumers are now at a prime. Hence, it lies on the Brand’s shoulders to seek out more about their user base and keep them as part of the process of brand building.