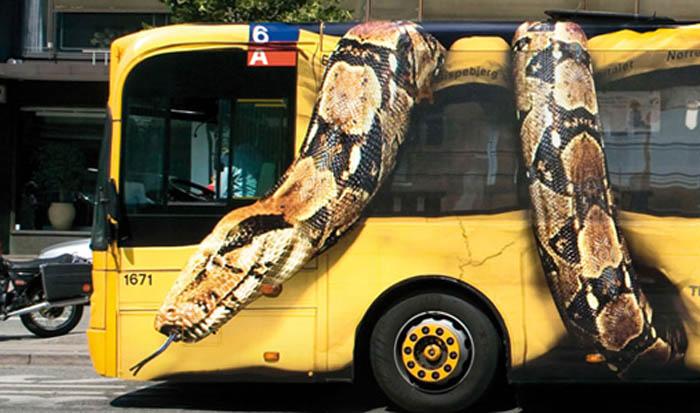 The process of advertising/marketing and facilitating brand messages to consumers has been thoroughly exhausted by almost every type of study that has ever been conducted. It’s a widely read and researched topic that can never be understood finitely as the basic ethos of it involves constant change and adaptation to constantly evolving conditions regarding people, trends, preferences, tastes and evolution of human behaviour over time. No matter how much you think you know and however much you’ve experienced, there’s always more that’s out for the taking.

Which is why it’s such a challenging and fascinating field to study and work in. It offers people lots of growth potential career wise as well as the ability to implement both their creative skills and life experience and create value for both the organisations and brand. You will find that most marketing/advertising people you meet are smart, creative and have a passionate zeal for learning and experimentation. People who are higher up in the field are fascinating in the truest sense and they earn their reputation by being multi-faceted and complex. If you go out for drinks with one of them, you are sure to be illuminated.

However the road goes both ways and sometimes the things they come up with seem to defy any sort of rational characterization. Good? Bad? Who is to tell? It’s the price to pay for futurism. You’re busy thinking so far ahead that you tend to forsake the ordinary, and become privy to playing high wire acts with your career. Sometimes it works, sometimes it doesn’t. But the go-for-broke nature makes it still essential to record and observe. Creativity is a lot of things, but it sure as hell isn’t safe. 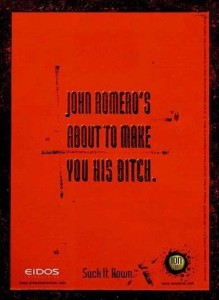 You can probably imagine how it all went down after.

This will probably never pass in today’s politically correct environment but then it was a clear attempt to target the then nascent hyper-aggressive, competitive gaming environment. It’s hyper aggressive and in-your-face. Sort of like trying to lure the wolves out by putting out fresh bait. It’s very risqué and by its very nature is designed to provoke and court controversy. The end result wasn’t profitable for Eidos as the game didn’t sell and Romero himself later regretted the decision. It’s not a case of a company getting too far ahead of itself, though. It was a deliberate risk and an extreme way of positioning. And it didn’t work. It came across as tacky and uncouth, even though it was a big swing. Such can be the volatility of creative endeavours.

On the other hand, take a look at how the Copenhagen Zoo carried out it’s ‘Out of the house’ promotions.

This was highly unusual for its time and for a while created some resistance with some travellers, some of whom felt uncomfortable boarding a bus that had a giant snake plastered all over it. A lot of people came around though and would actively seek out buses specifically with the snake design. After all things considered, the attendance for the zoo had increased by 10% at the end of the year. This strategy was highly successful for Copenhagen Zoo.

Risky and off-the-wall ideas have a lot of potential to connect, but also have an equal chance of failing. The whole process is a leap of faith for both the advertisers as well as the organization. It is borne out of a desire to stand out from the rest of the market/competitors and maybe even an act of desperation to attract attention and gain wide exposure. It’s a sign that a brand wants to position its’ product/service in a different way than it did before and this is something that is an urge. To differentiate in a creative way. They probably anticipated alienating a certain segment of the population but relied on the sheer power of esotericism and curiosity to appeal to the adventurous side of consumers.

It’s a double edged sword for sure but in this 21st century where people value forward momentum above everything else, there is no time to rest on your laurels. Innovation must come at a furious pace and it must be constant. As I mentioned before, a lot of advertising is experimental in nature. Which means that there will be moments where ideas don’t work and things don’t connect, but failure will overall determine the psychological web of the national/regional/consumer mindscape where people can learn from each other’s mistakes and discover what works and what doesn’t.

It’s important to understand that perfect ideas/concepts are not born concrete into the mind but are forged over time and whilst creative ability is a blessing, it also needs to evolve with time, age and experience lest it becomes a pantomime.

So go out there, observe, experiment and work hard. May you fulfil your potential.