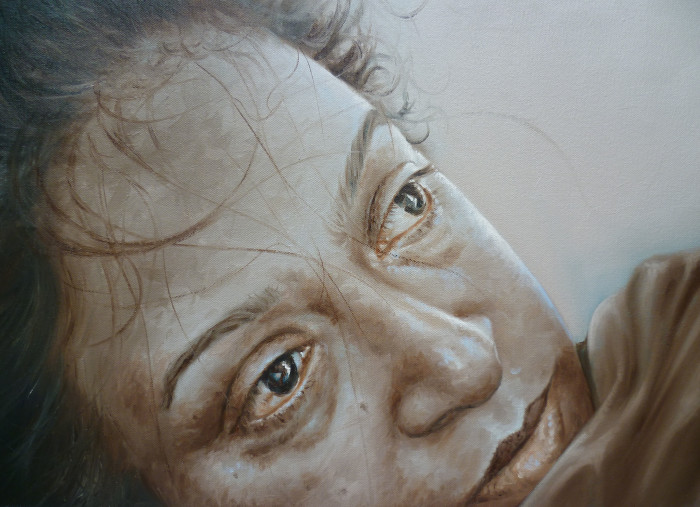 Objective wisdom is that:

I know that hearing/reading this may sting you inside a bit or cause a caustic reaction. But if we’re being honest, as grown adults, we look back at things from our childhood and somehow correlate them with certain joyful feelings that we think we felt. Childhood was more about escape, be it films, books, music or hanging out at restaurants and those things acquire a symbolic value for us in adulthood and become special. Even though we didn’t give them much thought as children.

If you are able to accept what you just read, then you should know that this is a trait that is easily exploitable. As a matter of fact, if you’re interested in advertising/filmmaking etc., you should try and getting better at doing so. The trick is to do so whilst looking invisible. There’s nothing unethical about it. It’s just simple sniping of human emotions. The stuff that most businesses do. Most advertising books/ lectures will talk about ‘creating a need’. This is what this is. If you can prime your consumers into thinking that they want something and then deliver even slightly above expectations, you will be heralded by a significant amount of Brand loyalism.

One of the cooler examples of this was done by ADIDAS by switching back to their classic logo for certain products. They went from:

For a selective range of products they called ADIDAS ORIGINALS. This recounts the 80’s era and the formation of the company and sells products and apparel that directly (or indirectly) references that said ‘golden era’ of the company. They had an extensive advertising campaign to support this which again emphasized on the ‘Retro’ feel and it was highly successful. So much so that ORIGINALS became a subset/extension of the brand as well and now has its’ own particular range of store. People would specifically go a certain store, JUST because they wanted the old logo on their clothes. And buy clothes that were specific to that logo. Pretty damn savvy and incredible, if you think about it!

It’s impossible to resist the allure of nostalgia. All that’s left of the past is our memories and they can be manipulated in various ways to generate emotional responses. In fact, there are some major successful endeavors that are sold entirely on nostalgia. Case in point, STAR WARS: THE FORCE AWAKENS, which released in December of 2015 to become the second highest grossing film of all time. The entire film was sold ENTIRELY on the basis of nostalgia in quite a public display of ‘embracing more of the series roots’ after the disappointment of the prequels. Disney brought together all of the old cast and the film itself. As we all know by now, the film is but a retread of the 1977 original and despite the fact that it is heavily flawed, it got a relatively breezy critical reception and was instead praised for having a ‘classic feel’. People welcomed the nostalgia bait with open arms too, willing to embrace it with open arms whilst they rejected the weirder, more ambitions (and admittedly extremely flawed) prequels.

The lesson to learn from this was that even the media loves nostalgia as much as the public. And a lot of times, they don’t even try and resist it. Some people who have learned this have exploited it in both better and worse ways. Case in point: Donald Trump’s 2016 presidential campaign which closely mirrors to that of Ronald Reagan’s in the 1980:

Trump’s had led his extremely-fascist campaign by cleverly designing it around Reagan’s successful 1980 one, which is still held in very high regard by those with conservative and right-wing sensibilities. His promise of restoring the ‘greatness’ that is lost has struck a chord with a lot of ‘disenfranchised’ people (mostly racist, corrupt wingnuts) and is now the primary GOP nominee. His promise of ‘making it great’ is eaten up by people who are probably older, less educated and bigoted and are reminded of Reagan (another dubious personality) in the 80’s whose presidency they apparently hold in extremely high regard. This provided a sort of ‘backbone’ or ‘thorough-line’ to Trump’s campaign that has somehow made it so successful so far.

In the 21st century millennial culture, Nostalgia has proven to be a powerful tool in communicating messages. Or at least more so that it was in the previous decades. Whilst an extreme pining for the past has always existed in every era, it just seems stronger than ever now for some reason. Speculate below in the comments as to why you think it is so.