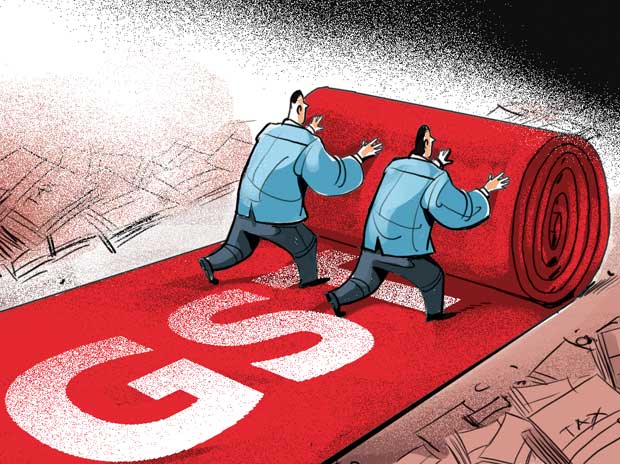 One Nation, One Tax

At the stroke of midnight on 30 June, 2017, one of India’s most revolutionary tax regimes, the Goods and Services Tax, more commonly known as GST, was implemented, sparking a clamour for reform and a number of tea-time, drawing room debates about the implications of this bold but necessary move. Obviously, the no-changers don’t see it as necessary but the pro-changers know better – that change is, indeed, the only constant, and in today’s hyper-accelerated world, staying still is as good as going backwards.

Believed to be one of the most revolutionary financial reforms in the country, GST is intended to fix the bugs of the existing system and drive economic growth, with huge upward potential and positive, game-changing long-term implications that will reinvigorate the economic landscape.

GST and the Mad Men

Like everyone else, the advertising industry is asking pretty much the same question – what exactly does GST mean for them? Obviously, we know the basics but what we’re really looking for is all the juicy little details. So let’s get down to it then.

The new tax regime could minimise the cost of advertising, resulting in companies spending around 10% more to promote their goods and services.
The estimated decrease in prices along with the reduction of the tax slab in various sectors like consumer durables, automobiles and fast-moving consumer goods (FMCG) will enable companies and marketers to advertise more content with the same budget, ergo fostering a subsequent rise in consumption.

According to industry experts, the rise in consumption and the strengthening of advertising spend will directly impact the bottom line of ad agencies, and if the projections are true, we could see a rise in their overall revenue. However, companies that operate in different states may face minor issues, owing to the fact that GST is applicable at both the Central and State level. Similarly, agencies may face trouble with clients and vendors who do not cooperate by sharing their GST numbers.

While the aforementioned industries like automobiles, FMCG, consumer durables, hospitality and retail will enjoy the perks of GST, the financial, banking and e-commerce sectors will face certain drawbacks. Before the enforcement of GST, e-commerce companies (one of the top ad spenders) were able to claim input tax credit of service tax charged on advertising.

As a result of the increase in tax on print and non-print advertisements, loss-making companies in the e-commerce vertical will face difficulties as their accumulated credit would increase owing to GST. While advertising for some industries are positively or negatively impacted, verticals like real estate and telecom will be affected minimally.

Advertising agencies and content management businesses are expected to witness at least a three per cent incremental post-GST since taxes like VAT and ST were calculated separately, but have now been unified under the banner of GST.

Coupled with demonetisation, we can safely say that both brands and consumers will be spending much more, which positively affects the advertising industry. Although GST is projected to cause minor disruptions in the daily operations of advertising agencies and marketers, the pros of GST heavily outweigh the cons (in time, we may not even view them as cons), so this is definitely a big thumbs up and a huge stride in the right direction.

One Nation, One Tax.